Advice for Sleeping Better (2 of 3)

One must be careful not to unwittingly create a progressive shift in your sleep cycle. With this in mind, any late nap (after 4.30pm) is likely to have disastrous consequences and will automatically ruin your chances of falling asleep around 10pm-11pm, which is the ideal time to get ready to sleep.

“The hours before midnight count double” is often said to children to encourage them to go to bed earlier! Well, it is not wrong at all, because the majority of hormone secretion occurs during the first part of the night. Sleeping from 10.30pm to 6am will produce a much better recovery than an equivalent, but shifted, length of time, for example from 1am to 8.30am, even if the total number of hours remains identical.

We are again talking about the optimal sleep time, which is in the order of 7.5 hours, as described in the first part of this article. The question remains; what are the biologic stimuli that promote sleep usually around 10.30pm?

First of all it is the physiological secretion of melatonin, a hormone produced by the pineal gland situated in the brain, from 9pm onwards. An increasing level of melatonin during the second part of the evening promotes the arrival of drowsiness, just as the drop in melatonin at the end of the night promotes awakening. This natural secretion can be analyzed by saliva testing to establish a secretion curve, while the global production of melatonin over a whole cycle can be quantified by analyzing its sulfate metabolite in 24-hour urine collection.

In addition, it is possible to act upstream via the amino acid 5-HTP derived from tryptophan, a precursor of serotonin, which will subsequently be converted into melatonin.  Whether it is 5-HTP or melatonin, we label these substances natural physiological helpers for sleep – especially efficient when one is lacking these substances – but they are not in any way “sleeping tablets”. 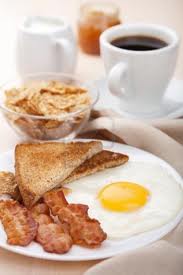 The arrival of sleep is aided by a second essential biological factor which is the fall of circulating cortisol, the stress hormone, also called glucocorticoid (because it stabilizes blood sugar levels when they fluctuate, either up or down).  However with all the chronically stressed people or those who maintain an absurd diet that causes excessive fluctuations of blood sugar levels (such as “toxic” breakfasts, snacking on sugary foods, abuse of carbohydrates), levels of cortisol can totally collapse.

These people therefore cannot benefit from their drop of cortisol during the evening because something cannot diminish when it is already at zero to begin with!  Sometimes we even see a paradoxical curve where the collapsed cortisol in the afternoon tends to climb a little when night comes. This is the guarantee for really bad sleep, even if the cycle of melatonin is preserved: to benefit from a good night’s sleep, it is imperative that both curves intersect with the rise of melatonin and the decline of cortisol!

We may conclude by stating that sleep is best prepared for at the time of breakfast: where one must ideally establish the foundation of a stable blood sugar for the whole day. One can also see the devastating effects of chronic stress whether it is from jet lag, intercontinental travel, or shift work.