The Importance of the Adrenal Glands (1 of 4) 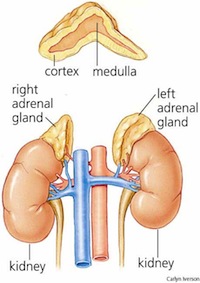 Having mentioned many times these infamous adrenal glands, it is time to elaborate further on their crucial endocrine function and why it is essential to our health. Furthermore they are also inseparable from thyroid function. Let’s be clear; it is of the upmost importance to establish and maintain a strict equilibrium between the adrenals and the thyroid. Therefore treating the weakness of one of them, without proper evaluation and correction of the other, should never be considered. Hospital medicine recognizes this rule as well.

We shall return to the thyroid gland later, as it is a very popular topic.  Many patients benefit from an evaluation of their thyroid function, but it often fails to address their adrenal function, even though the physiological role of these glands is equally important. It is hard to understand this ostracism, but it explains why numerous thyroid treatments fail…

It must be recognized that the biochemical pathways of the adrenals do present a certain degree of complexity. We will focus here on the adrenal cortex. They envelop the adrenal medulla, which secretes adrenalin and noradrenalin, two hormones produced in response to stress, but which will not be covered in this section. 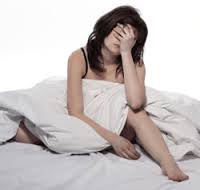 Let’s start with the glucocorticoids, a name which immediately brings to mind the metabolism of sugars (glucose). The zona fasciculata that produces them occupies three quarters of the adrenal cortex and they play a fundamental physiologic role. Namely it is cortisol (and related hormones); the infamous stress hormone, which allows you to face assault and acute crises. This brings us to the famous “fight or flight” response; due to cortisol, danger can be faced (fight)…or evaded by fleeing at full speed (flight)!

Whichever reaction is chosen, the “turbo” has to be engaged and this is what cortisol allows us to do. We can immediately see that this type of mechanism responds to situations of acute stress requiring an immediate and brutal response. However, the tragedy of the modern world is that it results in a stress that if more often chronic in nature: being yelled at by your boss, noisy neighbours, elderly parents moving in, etc.

The excessive and prolonged consumption of cortisol in response to chronic stress will eventually deplete the reserves, resulting in fatigue, along with poor blood glucose control and abnormal fluctuations in blood sugar levels, leading to sugar cravings (called hypoglycaemia in medical terms), and its inescapable corollary weight gain.  We will go through the various ways to assess these issues in the second part of this article.