You will find all the scientific publications relevant to these major endocrine disruptors in the conference presentation “Thyroid Gland and Xenobiotics", a PDF that is free to download from my website www.gmouton.com (see the section “Conferences” and the heading “Functional Hormonology”). A simple glance at the structure of these chemicals (see specific slides) clearly shows the similarities with thyroid hormones, hence their propensity to interfere with them.

Dioxins have hit the headlines due to the contamination of Seveso in July 1976. They are the by-products of many industrial processes and can accidently contaminate eggs and poultry (Belgium 1999), dairy products (Netherlands 2004), and also meat (Ireland 2008). They have been the subject of a European program to reduce these emissions by 90% between 1985 and 2005. They continue to contaminate plants and animals due to their high chemical stability.

Polychlorinated Biphenyls (PCBs) have been industrially produced since the 1930’s (notably Monsanto), but since the 1980’s they have been banned as a result of their extreme toxicity. Their lipid solubility and their persistence in the environment (potentially centuries) help to explain the persistent contamination of animal milks (and also human milk!), as well as their accumulation in fish and seafood. While direct human exposure has shown a marked decrease, the enormous quantities of these pollutants continue to be a significant source of bioaccumulation in the fat of many land and sea organisms. 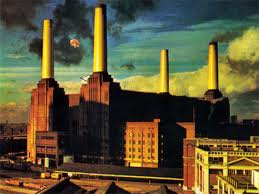 Polycyclic Aromatic Hydrocarbon (PAHs) are known to have carcinogenic properties, especially benzopyrene, generated by the incomplete combustion of organic materials exposed to high temperatures (petrol, diesel, coal, wood), from both industrial and domestic sources. Proximity to factories and the intensity of road traffic increases passive exposure. Cigarette smoking constitutes a deliberate exposure via tar and smoke; it illustrates their frightening toxicity.

Organochlorine pesticides are renown since the advent of DDT, the first modern insecticide, developed at the beginning of the Second World War. It accumulates in fish along with other aquatic species generally, as well as predators like birds of prey and humans. Held in 2001, the Stockholm Convention targeted its ban and has since been ratified by 158 countries. The Worldwide Health Organisation (WHO) has given its agreement for its utilization in certain countries in order to eradicate malaria; however it has announced its intent to eliminate their use by 2020.

Polychlorinated dibenzofurans (furans) accumulate in the fatty parts of food of animal origin (meat, fish). Being very stable soluble compounds they have significantly accumulated in the food chain. They chemically resemble dioxins and result largely from waste incineration, including medical waste.

The brominated flame-retardants (BFRs) are intended to reduce the flammability of plastic polymers. There are more than 75 chemicals additives of this type, with extremely diverse molecular structures. The Tetrabromobisphenol A (TBBPA) inhibits the binding of the active thyroid hormone T3 on to the thyroid hormone receptors. The deleterious effects of this fearsome endocrine disruptor are vividly demonstrated by its inhibition of the metamorphosis from tadpole to frog (see 'Article of the Month' from 02/2013).