The Correct Interpretation of Biological Assessments

Laboratories always indicate, for every requested parameter, a range of reference values. The norms are defined to include 95% of the “healthy” population within this reference range, with 2.5% of subjects above and 2.5% under the proposed range. It is simply a general rule!

We begin by questioning this so-called “normal” reference population. The use of these standards doesn’t cause me concern in the vast majority of cases; however we must keep in mind a few epidemiological hitches. For example, it should be noted that that various nutrient deficiencies affect a large proportion of the population of Western Europe: vitamin D (lack of sunshine); selenium, iodine, and sulphur (poor soil quality); iron (heavy periods, lack of proteins)…

An excellent example of the inadequacy of relying on the reference values can be seen with Thyroid Stimulating Hormone (TSH) secreted by the pituitary gland to increase hormone production by the thyroid gland.  The higher the TSH, the weaker the thyroid gland is. A longstanding controversy with the standard ranges concerns the upper limit of references ranges for TSH, classically defined between 4 and 5. It now seems likely that the sample Caucasian population that was used to establish the "healthy” range of TSH was actually significantly “contaminated” by subjects with low-grade thyroid disease. People suffering from a goitre (swelling of the thyroid gland) and also people with thyroid autoantibodies (an auto-immune disease affecting the thyroid - often seen in the Caucasian population) were part of that sample group.

By introducing into the sample reference population a significant proportion of subjects who were slightly hypothyroid – the typical consequence of autoimmune thyroid disease and the main cause of goitre – the reference values were thus biased.  Since then, calculations performed on a population pre-selected by a blood test and screened for auto-antibody carriers, and an ultrasound of the thyroid gland to detect goitre, resulted in quite different values.  These results suggest that the upper limit for TSH should be brought down to 2.5 instead of the 4.5, which is still used to this day by most laboratories.

Of course, this doesn’t mean that any person with a TSH above 2.5 is suffering from hypothyroidism, but that such a possibility should be considered by comparing the results to other suspect laboratory findings and the potential symptoms.  In the so-called “grey” area of TSH between 2.5 and 4.5 we can assert: no symptoms, no treatment. We must simply monitor the biological evolution from time to time. 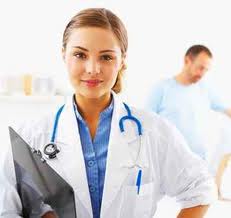 However, if the TSH is reaching the grey area and if the thyroid hormones come close to the bottom of the reference range, we can deduce that the pituitary gland is stimulating the thyroid without a sufficient response. We therefore conclude that there is, at least, a certain laziness of the thyroid gland.   In cases where the TSH is rather high and within the grey area, along with hormonal levels in the upper half of the reference range, we may conclude that the thyroid gland is responding to the pituitary gland and therefore there is no need to worry.

The details of the scientific references explaining this controversy can be found in the conference “Thyroid”, heading “Functional Hormonology” in the tab “Conferences” on my website www.gmouton.com. You can download the PDF folder free of charge.

Generally speaking, any biological test result should always be assessed in relative terms.  There is nothing worse than a binary response qualifying the result as “normal” or “abnormal”. Rather, we must really visualize the result and put it on an imaginative graphic scale going from the minimal reference to the maximum (without forgetting any alterations utilised to optimize the reference range). The ideal way would be to always represent results graphically; a few laboratories sometimes do it, but this should become the norm for all the current biological parameters.

We would then avoid the ridicule of successive assessments where two almost equal values are categorized in totally conflicting ways: “normal” if just above the reference limit, and "abnormal" if just below this threshold. It is in reality perfectly identical results if we take into account the systematic measurements errors…