The Benefits of Intestinal Lubrication (2 of 2)

The intestinal mucosa is, in my opinion, the key to stay healthy. By far the largest surface of our body (600m2 against 2m2 for our skin) it represents the most vital interface between our environment and us. Its integrity dictates our ability to absorb nutrients from our diet – absorptive function – and the protection of the immune system against external aggressors – barrier function.

Loss of barrier function leads to the phenomenon known as “leaky gut syndrome” or intestinal hyper-permeability. This notion has been highlighted for a long while by the Functional Medicine approach and received acclaim in 2005 thanks to the excellent work of Alessio Fasano, professor at the Faculty of Medicine at the University of Maryland. Professor Fasano is a world-renowned expert for having discovered zonulin (the human protein regulating intestinal permeability) in 2001, and the author of masterful articles on celiac disease.

Excessive permeability of the intestinal mucosa causes an invasion of aggressors to the immune system: non-digested food molecules, toxins of all sorts, and even whole microorganisms. The flood of antigens over stimulates the immune defences and can often lead to their excessive response (respiratory allergies and food allergies), and can often result in auto-immune diseases where the immune system attacks its own organs and tissues. When we encounter these pathologies, very common today, the optimization of the intestinal mucosa represents the preventive and curative action of choice.

To illustrate the problem of the dryness of the mucosa, which allows entry of aggressors and the subsequent immune system dysfunctions that arise, I often evoke a similar mechanism to the skin. Everyone knows that very dry skin will result in cracks, for example in the fingers or heels. Think of this comparison symbolizing the intestinal mucosa that is dry and cracked, causing obvious permeability.  To avoid such a condition, it is essential to lubricate the whole mucosal system.

In fact, if we want to combat an overly dry and damaged skin, we must also target the intestine.  We will get much better results by consuming the good oils in sufficient quantities to correct any deficiencies in omega 3, 6 and 9, rather than spreading various moisturisers on the skin that are loaded with chemicals! 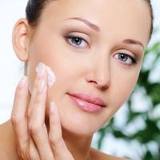 This I term the doughnut principle (the one with a hole in the middle) - but a very special donut where the surface of the hole in the centre (symbolizing the digestive tract) is actually three hundred times that of the outer surface of the donut (symbolizing the skin). It goes without saying that any attempt to correct dry or irritated skin would be doomed to fail if we did not give priority to intestinal lubrication via oral intake of necessary nutrients or nutritional supplements when it matters most to rapidly address a major deficiency.

The intestinal mucosa also plays an important role in the problems arising from other mucous membranes, all infinitely smaller and highly dependent on the “great mucosa”. We list in no special order respiratory, urinary, vaginal, and sinus conditions… without forgetting dryness of the ocular conjunctiva or of the ear canals. As we can see, this domain of intervention appears immense but largely undervalued. This is due to the classification of the patient's problems according to specific medical specialties.

The arbitrary separation of the study of different organs according to anatomical logic ignores a far more important reality to fight against the disease: functional logic that regards all mucosal tissues working in harmony under the direction of the intestinal mucosa as the concert master of the immune system.