Restoring the Physiological State (2 of 2)

Iodine supplementation is also a well-known bone of contention: many patients “have read things about it” or are verbally berated by others because I have recommended iodine to them. It is fact you should know; too much iodine can be a contributing factor for autoimmune thyroiditis (a pathology caused by antibodies destroying the thyroid gland).

However, too little iodine – especially when the deficiency is combined with a lack of selenium – can lead to increased oxidative stress in the thyrocytes (specialised cells that secrete thyroid hormones T4 and T3). Hydrogen Peroxide (H₂O₂), normally produced by these cells, is not properly utilised to produce these hormones due to the lack of iodine (which is part of the composition of thyroid hormones).

Poisoning of the thyrocyte by hydrogen peroxide can then result, a natural agent of course, but very aggressive when it accumulates in a cell, and usually kept at bay by the antioxidant enzyme superoxide dismutase (SOD).   This enzyme can only work in combination with selenium. Thus, the double whammy of iodine and selenium deficiency can become a very explosive cocktail. I am sorry to overload you with so many technical details but I must convince you of the necessity of iodine for a healthy thyroid. 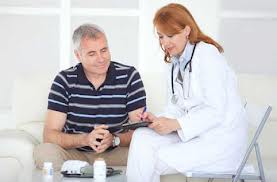 So, why is there so much acrimony from the medical profession against iodine when it is so essential?  It is true, as has been demonstrated for other nutrients, that the U-shaped curve applies to iodine, meaning that the risk of thyroid dysfunctions increase when there is excess and when there is a deficit.  But here's the simple explanation: you are advised not to take iodine in order to prevent you from being exposed to its excess and the possible collateral damage. In reality, what should happen is that iodine level should be measured, and based on the results, iodine should be prescribed to all those who need it, at precisely the correct dose.  The reluctance to determine iodine levels finds its origin in the fact that it's very low concentration in the human body makes blood testing unreliable. Ideally, it should be measured in a 24-hour urine collection, which takes time and effort to explain to patients how to collect the sample properly!

You will find the scientific basis in relation to the above discussion in the conference on the thyroid gland on my website www.gmouton.com  (Conferences / Functional Hormonology/Thyroid). You will also find on the website the information regarding the correct way to collect a 24 hours urine sample, which if not done properly can result in many errors. 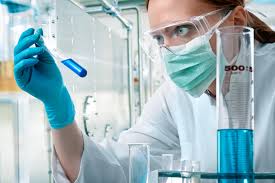 Now let’s turn to the thorny issue of Vitamin E where it is now said that there is nothing worse to take, despite it having been so long revered. I do not refute the findings of the meta-analyses (a systematic method of evaluating statistical data based on results of several independent studies of the same problem) that indicate a doubtful need to supplement with vitamin E. I would even say that their negative findings do not surprise me: unfortunately the researchers have used, in the majority of cases, a synthetic vitamin E. This one has 8 different isomers, meaning molecules sharing the same chemical formula but having different spatial conformation as when you compare a left glove with a right glove, giving an idea of what are two isomers (but this happens for each of the three different sites in the molecule sharing this peculiarity). Only one of these eight isomers contains the natural form of vitamin E that must systematically be used for human therapy.  Moreover, the dominant physiological form of vitamin E is the gamma-tocopherol: why do we relentlessly supplement the alpha-tocopherol form which obviously leads to a relative scarcity of the gamma form required by the body?

Most importantly, where does this absurd principle of supplementing vitamin E to a cohort of patients where a large number are not deficient in vitamin E in the first place come from? In this instance we run the risk of doing them more harm than good! It would be wiser to test first.