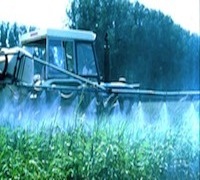 Unfortunately for us there are dozens of them! I want to take one last opportunity to devote a blog on the main chemical molecules that have oestrogenic activity and pollute our environment and our food.  They are often referred to as “œstrogen-like” or even “xeno-oestrogens”, the latter reflecting the terminology for artificial toxic substances invented by man and named “xenobiotics”.

This is the third time I am discussing this topic, after blogs on endocrine disruptors that contribute to hypothyroidism (blogs # 24 and #25) and obesity (blog #42). These lists may overlap, especially because there is some structural relationship between the different hormones with one or more six-carbon rings. However, each endocrine function can be affected by the action of specific xenobiotic disruptors.

We begin with xeno-oestrogens, which have already been mentioned in the blogs cited above. I invite you to review the discussion on disruptors of thyroid function with regard to polychlorinated biphenyls (PCB’s) and organochlorine pesticides (including DDT), whose chemical structures are strongly reminiscent of these hormones.

Perfluorooctanoic acid (PFOA) is widely present in the coating of non-stick cookware like Teflon; and more generally, it is used as an anti-adhesive in numerous applications. This thyroid disruptor is also known to be a powerful xeno-oestrogen.  With its sidekick, perfluorooctane sulfonate (PFOS), it is responsible for the alarming decline of sperm in contaminated men. Their elimination from non-stick cookware is not guaranteed until the year 2015.

Phthalates have already been discussed in the totality of our blogs dedicated to endocrine disruptors. They can cause hypothyroidism and promote obesity and can also mimic oestrogen activity, which is of great concern as they are found in most cosmetic products so readily consumed by women. Also Di-ethyl-hexyl phthalate (DEHP), already mentioned as an obesogen, appears responsible for precocious breast development ("premature thelarche").

Bisphenol–A is known to cause obesity and diabetes, but also has oestrogen mimicking proprieties. It is capable of binding to the œstradiol receptors where it stimulates the formation of ovarian cysts, and most likely contributes to the current epidemic of polycystic ovarian syndrome (PCOS) that now affects so many young women...

Let’s now examine the oestrogenic substances that have not previously been identified as xenobiotics. We start with propoxur (a substance marketed under the name of Baygon) which belongs to the family of carbamate insecticides. It is a matter of chemical structure, with the infamous benzene cycle, which is a source of confusion for hormone receptors.  These insecticides are largely utilised in flea and tick collars for dogs, as well as cats. These collars have a dreadful toxicity: think twice before using them!

The same comments can also be made regarding the chemical structure that prevails in propyl gallate, a food additive used since 1948 to stabilize fatty foods, oils, some chewing gum, milk powder, and food packaging for fatty foods, but is now used more in many cosmetics, adhesives and lubricants.

Finally, we conclude with 4-hexylresorcinol, an agent used for its anti-browning property for shrimps and other crustaceans.  We also find this oestrogen-like molecule in acne creams, anti-dandruff shampoos, sunscreens, antiseptic mouthwashes, throat lozenges, plasters…

It is critically important for everyone to carefully read labels and to be especially careful with any xenobiotic!