Hypothyroidism is too often Ignored (1 of 9)

As a first step we must carefully observe the lower part of the neck of patients to detect any suspicious swelling, palpation of which will direct you towards either goitre (hypertrophy of the thyroid tissue) or to one or more nodules.  A simple thyroid ultrasound will reveal a lot more, especially with the calculation of the volume of the gland. Each lobe should normally be between 3ml and 9ml: above 9ml is classified as goitre; below 3ml is the opposite, and we are dealing with a hypotrophy of the thyroid gland.

Goitre can reveal hypothyroidism (but beware, as it can also indicate hyperthyroidism) as a consequence of the thyroid tissue being stimulated by the pituitary gland (increased Thyroid Stimulating Hormoneor TSH: see blog #28). Any enlargement of the lobes may be due to a lack of hormone production because it is the body's way to compensate for the insufficient production of the hormones T4 and T3. Careful examination of the thyroid picture often provides valuable information.  However, keep in mind that radiologists do not always mention the volume of the lobes or readily consider the volume as being “normal” because they are only interested in the occurrence of goitre and oppositely tend to ignore cases of atrophy.  What they call "normal" is in fact the absence of goitre…

Whilst on the topic of general observations, we should also ask the patient to take his/her basal body temperature, which is taken under the tongue in the morning, whilst still in bed, before any activity. This temperature should not go below 36.3⁰C (or under 36.8⁰C around 6PM when generally speaking the maximal temperature is reached). Below 36⁰C, the possibility of hypothyroidism should be explored because the thyroid gland plays an important role in the body as a thermostat. One can also search for "paradoxical" falls in temperature during the course of the day, especially when the patient is feeling cold or unwell… 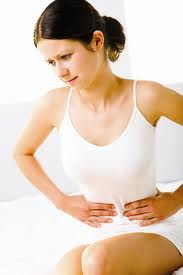 The time has come to look at the symptoms themselves and detail, to begin with, all the problems arising in the gastrointestinal tract.  Let’s be clear at the outset that no patient suffering from hypothyroidism will present all the symptoms at once: sometimes only one symptom is enough to suspect the diagnosis and initiate further investigation. Evidently, the more symptoms and/or clinical signs there are, the more the suspicion grows.

Constipation constitutes a cardinal symptom of hypothyroidism, although it can occur in many other circumstances.  We can say without any hesitation that the possibility of hypothyroidism should be explored with any patient suffering from chronic constipation: you may get a low thyroid finding!  By constipation I mean no daily bowel movement or hard stools that can only be passed with great difficulty, or result in the feeling of incomplete emptying. In Ayurvedic medicine, the very definition of health includes having one to three well-formed bowel movements daily!

Sometimes we see terrible cases: one bowel movement a week, sometimes every two weeks and even once a month (yes I know that sounds incredible but it does exist). These unfortunate people are prone to colon cancer, or potentially breast or prostate cancer, not to mention gallstones and intestinal dysbiosis in which stasis is a contributing factor. But make no mistake: these patients can also have diarrhoea resulting from mucosal irritation caused by the stagnant stool. It is the only way the body can find to 'pop the cork', but alas constipation will most likely return immediately afterwards.

Indeed, the whole digestive tract can be lazy: we can sometimes see slowed down oesophageal transit or delayed gastric emptying.  Patients often mention an abnormally slow digestion with a weight on their stomach after meals. All these claims are supported by scientific evidence and the corresponding slides appear in the conference dedicated to the thyroid gland on my website www.gmouton.com. Refer to the headings “Conferences” – “Functional Hormonology” – “Thyroid” and you can then download for free the file in PDF format or simply view it on line.