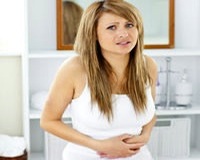 I can remember when I was a medical student, the launch of these “miraculous” drugs destined to heal gastric and duodenal ulcers. At that time we only had relatively inefficient anti-acids and here was a breakthrough; a one month treatment with omeprazole, maybe two in more severe cases, was often enough to heal the ulcer.

Unsurprisingly, this application was extended to treat inflammation of the oesophagus (heartburn), as well as the deleterious symptoms of gastro-oesophagial acid reflux. However, no definitive cure was seen during several months of treatment, rather a very temporary relief that would quickly disappear as soon as treatment was halted.

Currently there are a multitude of patients taking proton pump inhibitors (PPI) long term – sometimes “for life” we are told - because they are not willing to stop and risk the return of the burning symptoms and pain.

Here we are again, facing the trap of the symptomatic treatment destined to improve one complaint, in this case acid reflux, without worrying about the real causes that could explain the problem.

Often, acid reflux originates from a mechanical fault affecting the closing of the valve that protects the oesophagus from leaks of hydrochloric acid secreted by the stomach. In medical terms, this is called a hiatus hernia.

However since many patients who have a certain degree of hiatus hernia do not have – or no longer have – pain, suggests that other factors contribute to the oesophageal soreness.

It is acknowledged that once balance has been restored to the intestinal ecosystem (with a change of diet, with pre and/or probiotics, natural or medical antimicrobial treatments, digestive enzymes etc…  – in effect a whole therapeutic strategy individualized to the patient) the symptoms will disappear and allow many patients to reduce and then eventually stop taking the PPI.

The side-effect profile of long term PPI use is far from reassuring.  They result as a logical consequence of artificial suppression of hydrochloride acid (HCl) and with it, the loss of its multitude of physiological roles.

The change of pH (acidity) in the stomach can have a number of deleterious effects. It can lead to a proliferation of bacteria in the small intestine (SIBO or small intestinal bacterial overgrowth), due to the survival of pathogens that would normally be destroyed by HCl (and can also include fungal infections, or infection by cosmopolitan amoeba and other protozoans). Increases in infectious pathologies targeting the intestines such as Clostridium Difficile diarrhoea and bacterial gastro-enteritis, have all been cited in medical scientific journals.

The change of pH can also disrupt the physiological mechanisms of the digestive tract to absorb nutrients. This perturbation can manifest itself through many deficiencies identified in patients taking long term PPIs. For example; iron and vitamin B12 deficiencies can induce anaemia, calcium and magnesium deficiencies facilitate osteoporosis and also hypomagnesaemia.

As far as digestive cancers are concerned, the situation is more serious. If PPIs protect against oesophagus adenocarcinoma, they actually increase the risk of gastric cancer (a consequence of the lack of HCl) and gastric carcinoids (the consequence of hypergastrinemia). PPIs also increase the prevalence of gastric polyps. Taken as whole, these are very serious side-effects...

Ultimately, the question is whether chronic PPI use is justified? This is clearly a question of growing concern, especially as we do not yet have sufficient hindsight to be able to judge the long term consequences.  Surely we cannot casually disregard the important physiological mechanism, the production of hydrochloric acid by the stomach, which came about long ago as part of the process of human evolution?

The most severe cases of cardial incompetence (cardia : entry to the stomach) can benefit from a surgical procedure, while in less severe cases it is definitely better to nurture the intestinal ecosystem to restore the physiological equilibrium.

I have recently posted on my internet site www.gmouton.com a scientific article on this subject, written in English and well referenced (20 publications in major medical journals). You can find them in the tab “articles” preceding the identifier “5c”.