Hypothyroidism is too often Ignored (9 of 9) 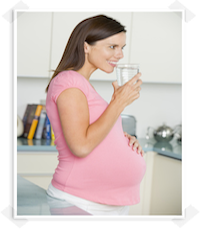 I devote a grand total of 33 slides to the topic of signs and symptoms of hypothyroidism in women (see heading “Conferences – Functional Hormonology – Thyroid” on my website www.gmouton.com; free to download)! The subject is really of great importance because it is the whole ensemble of female reproductive life that is at stake.

Let’s start with all the possible and imaginable menstrual abnormalities and symptoms! Typically, periods can be too far apart, with cycles exceeding 30 days or those that could even go up to several months. The ovarian dysfunction (or the pituitary dysfunction from where the instructions originate) can sometimes go as far as anovulation and as a result there is no longer a period. We must also not forget the plethora of cases of "early menopause" at 42 or 45 years old, which more often than not reveal an underactive thyroid.  If corrected in time, menstruation returns as though nothing had happened until the normal age of the menopause, giving longer protection against cardiovascular disease.

Make no mistake, cycles can also be shortened: it is indeed the case that symptoms can slip towards either extreme…. Hypothyroid patients often complain of heavy periods (menorrhagia), both in amount of blood loss and duration.  Many cases of painful periods (dysmenorrhoea) and an increased frequency of PMS (premenstrual syndrome) are often noted and exacerbated in hypothyroid patients.  Other factors contribute to premenstrual complaints besides the lowering of thyroid activity. These include deficiencies in vitamin B6 (or pyridoxine), magnesium, zinc, and dihomo-gamma-linolenic acid (DGLA), an omega 6 fatty acid that constitute one of the two precursors to anti-inflammatory prostaglandins (along with the omega 3 fatty acid EPA).

All these disturbances of ovarian function of course do not help promote fertility. However, the loss of fertility – even infertility in worst cases – result from several other phenomena linked to thyroid insufficiency, especially the lack of growth, starting with the tremendous need for new tissue growth triggered by the implantation of the fertilized egg in the uterine wall.

I must also mention the risk of foetal loss, or miscarriage, typically occurring between the sixth and tenth week of pregnancy, when the need for thyroid hormones in pregnant women significantly increases and cannot be satisfied by a gland already pushed to its limits. There is an increased risk of obstetric or neonatal complications, not to mention the occurrence of premature contractions (see blog 5/9 relating to muscular issues) and therefore a risk of premature delivery.

Links have also been established between autoimmune thyroiditis and endometriosis as well as with autoimmunethyroiditis and polycystic ovary syndrome (PCOS). Recalling the problem of diastolic hypertension occurring in hypothyroid patients (see blog 4/9), we should not be surprised by the increased risk of gestational hypertension. When this becomes associated with a leakage of proteins in the urine we then refer to it as pre-eclampsia (not to mention eclampsia which is much rarer but very serious for both mother and baby).

We must also mention the potentially adverse effects on the foetus, and mention again the consequence of reduced IQ already discussed in blog 8/9. Furthermore, it could result in a low birth weight, not only due to a possible premature delivery but also due to a lack of growth caused by the depleted delivery of thyroid hormones. Finally, in women who have just given birth, there is a significantly increased risk of autoimmune thyroiditis due to the immune disruption caused by the presence of the paternal genes. It affects up to 5% of women and is the major cause of post-partum depression…

After all this, I dare not even talk about the link (which is clear to me) with breast cancer, which is the subject of an increasing number of publications: look at the slide show on my website!